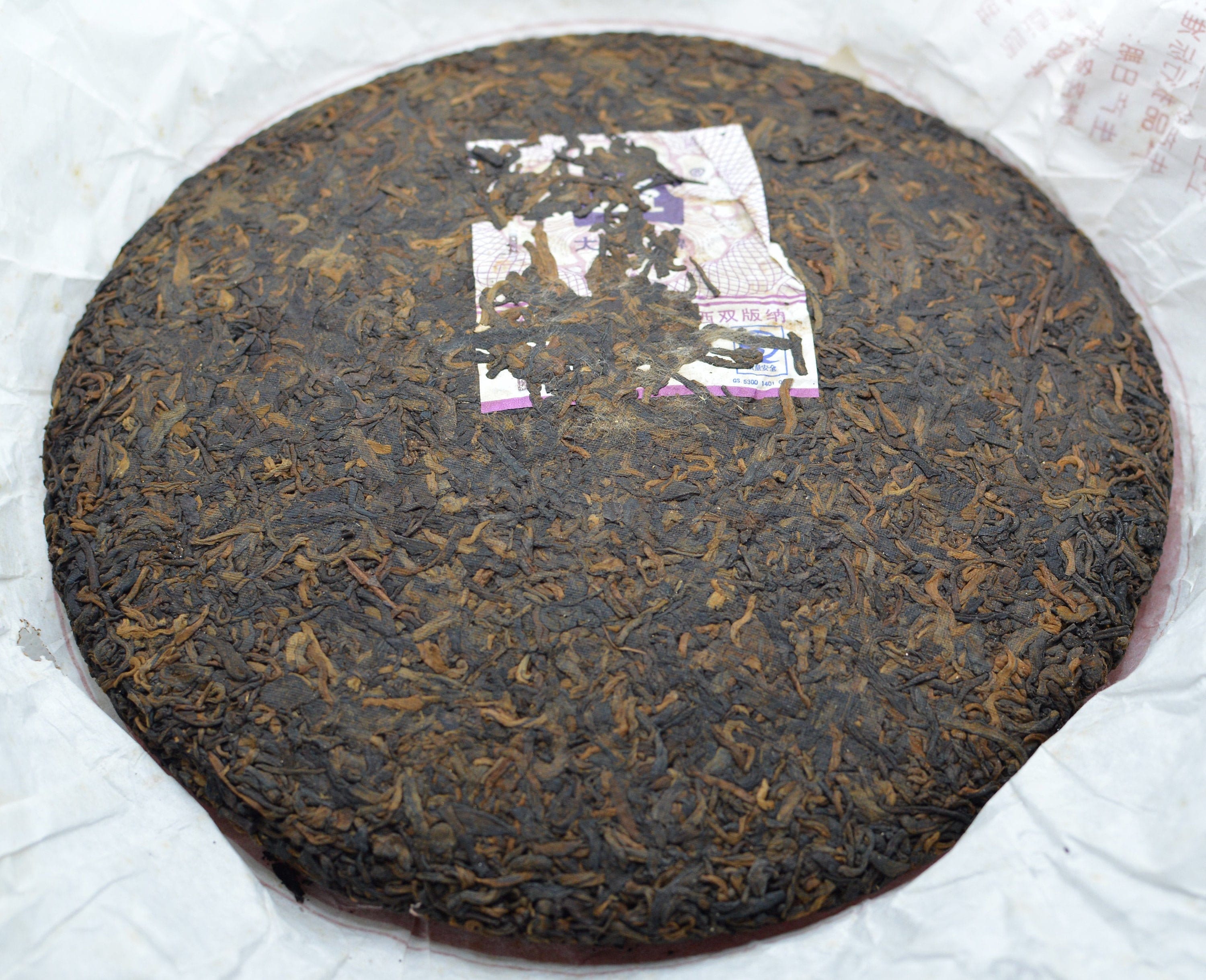 Had this cake sitting around for some time after trying the sheng version Dayi released.
This is a 2006 shou puerh, "Wei Zui Yan" or as we call Strongest Flavor.
I bought the 400g version and after trying it found that over time the fermentation had died down a bit allowing some interesting baking spice notes to be found in the background. This actually isn't something that I would call 'strongest flavor', however it is quite nice because it's easily approachable.

Each sample is 25g