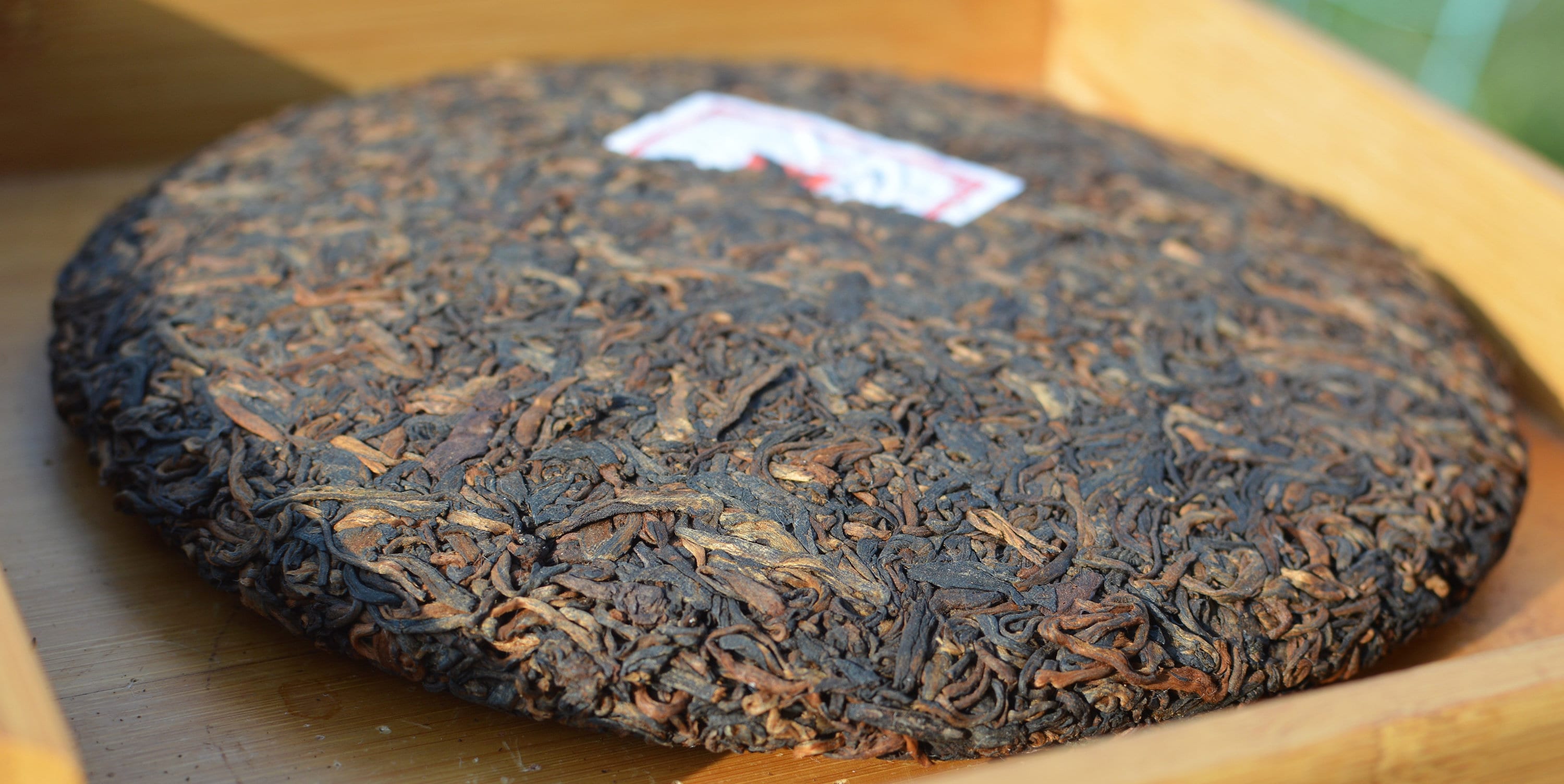 Pressed April 26th 2012 this is a ripe puerh from 'ancient trees' aka 'gushu' which were harvested in 2008 and then processed as ripe puerh. Left alone to rest, the leaf was then pressed roughly four years later.

According to some of the writing on the inner ticket it reads as 'Banpo Laozhai'.
Ripe puerh is not my area of focus, but what I can say is that this reminds me somewhat of the 2007 GNWL from Dayi; there's somewhat of a cheese likeness to this, possibly a type of cream I am unfamiliar with would be a more suited explanation though.

Each listing is for 30g